That samurai swords have had an unmistakable attraction for generations and appeal to everyone has long been known. These swords are beautifull in design and have a long and rich history, creating some incredible stories. People from all over the world look at these Japanese swords how they were used in battle and they buy these Japanese katanas for themselves. Many practitioners from the martial arts also have an interest in these swords, because the samurai techniques are the basis for many martial arts.

Most movie samurai swords are now only used in many countries as decoration and can be found in films such as Kill Bill and the 47 ronin. The domination of samurai swords in many films has made many Westerners desire to place one on their walls for decoration.

We go a little deeper into the samurai sword, how to buy, respect the sword and how we use it in modern times.

If you want to buy a katana, known as a samurai sword, there are a number of aspects that you have to take into account if you want to get a good purchase.

In fact katana meant "long sword" and in former times of Japan only the samurai class were allowed to wear a katana and if you didn't belong there and you wore a katana then you had to buy it with your life. The samurai warriors obviously had even more weapons such as the wakizashi, tanto, bow and spear. With the samurai, it was believed that your mind was intertwined with the sword, this indicates how important the katana was. At Zwaardkopen.nl we sell samurai swords in different price ranges and these have different edits.

In our webshop you will find a samurai swords with a smaller budget and also very qualitative katana's with hand forged and folded sheets. The difference with other webshop is that our katanas have traditional operations that make them suitable for functional use, these are also called battle ready swords.

Good heat treatment is necessary, so you have swords that have hardened and differential hardened. Hardened blades are cooled in its entirety and differential hardened sheets receive treatment with clay, giving you a harder cut to the body of the sword. Tamahagane is an exceptionally rare metal type and is the result of a long and careful process that takes place once a year. Iron sand is heated in a melting furnace and carbon is added to it.

There are several samurai swords

A big misunderstanding that many Westerners have is that there is only one form of sword without realizing that there are multiple swords that are considered samurai. Although there are different types of sharp weapons, we will focus on the three main weapons that are most well known here.

This is a term for the traditional samurai sword. This sword has a bend to the blade that is no shorter than 60 cm. Although there is no limit to how long the knife should be, most are less than 80 cm. The production of this sword originates in the Edo period between the 1600s and late 1800s. Most swords are shinogi zukuri, this is the shape and geometry of the leaf.

A wakizashi is the short sword with a shoto leaf, which is about between 30 and 60 cm long. This japanese sword is entirely similar to the katana but was only shorter. Wearing the katana and wakizashi is called daisho, translated "long and short."" "Dai" (long) for the katana and "sho" (short) for the wakizashi.

This is a knife from Japan. Usually it is the smaller version of the wakizashi. The length of the knife can vary between 15 and 30 centimeters. Continuing these were used to stick with, but there are also examples of it being used to mow around. Seppuku (suicide) was also committed with the tanto.

So we have qualitative forges such as paul chen, john lee and cold steel in our assortment, but feel free to take a look at our webshop. 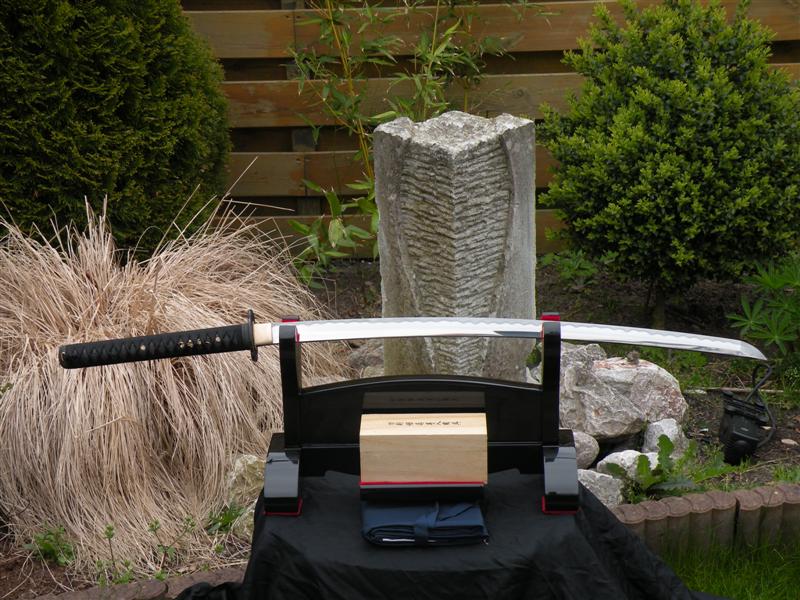