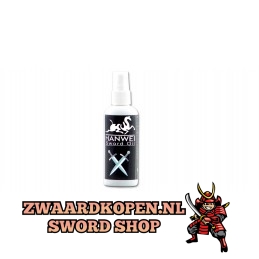 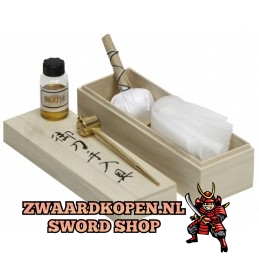 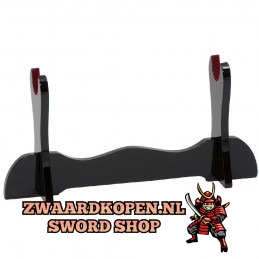 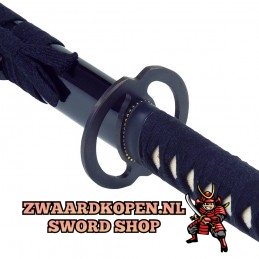 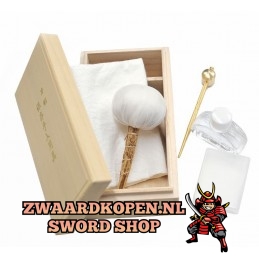 Maintenance kit for your katana or samurai sword imported from Japan to keep it in good condition.

During the Shang Dynasty (1700 BC - 1027 BC), the development to forge a bronze sword were developed. These swords were fairly primitive and in no way elegant or beautiful. Only during the Zhou dynasty (1045 BC - 256 BC) were short, single-handed two-edged swords made of bronze. Much later, two-handed steel knives were finally made during the Han Dynasty (206 BC - 220 AD).

Over time, the techniques for making swords became more nuanced and various sword styles developed, including the creation of a Chinese saber. Liuyedao and niuweidao swords fall under this one-handed sword (dao or Chinese saber).

There are five weapons that each warrior learned to use in ancient China, including the spear, halberd, and staff. The Dao (saber) and Jian (sword) made this list complete and each has its own unique form, history and use.

All Dao swords have a single-sided cut and often a broad blade and are often bent. By thickening and thickening one side of the knife, reliability and ease of use increase. The dao swords were mostly used by cavalry soldiers on horseback. Some historians believe that the dao has influenced Japanese sword makers to make katana and wakizashi style knives.

Unlike the curved single edge of the dao, the jian knife is a straight, double-edged sword. The first jian sword became around the 7th century BC. Written. There are small and large versions of jian swords that are used with two hands in Chinese martial arts.

We only sell Battle Ready chinese swords for real use. These are therefore suitable for chopping and cutting exercises. 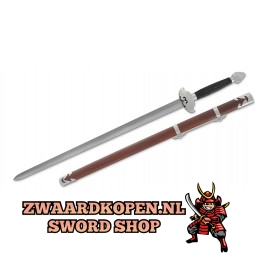 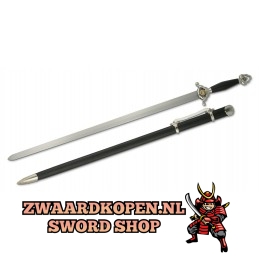 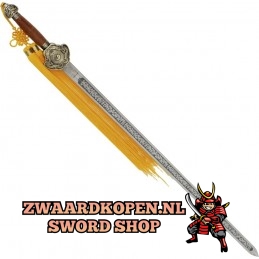 This Tai Chi Sword is a qualitative practice sword so that your techniques reach a higher level safely and quickly. 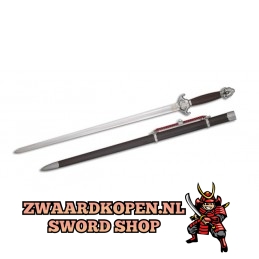 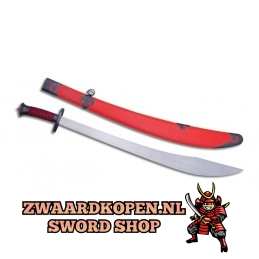 Wushu Kung Fu Sword, with an ultra-flexible high carbon blade that tapers and is very fast and manoeuvrable 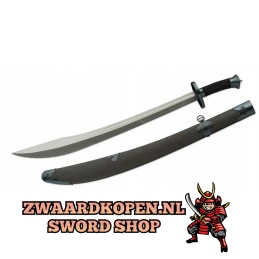 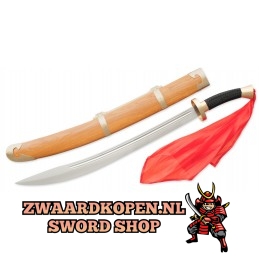 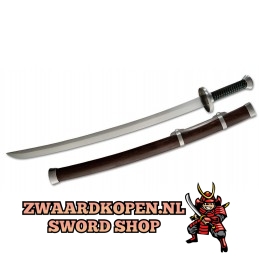 Cuttiing Dao or Chinese Broadsword from Scott M. Rodell, offering a specially hand-forged and composed Chinese Dao for the art of cutting into Chinese swordsmanship